The Chernobyl “Чернобыль” nuclear power plant (ChNPP or ЧАЕС) became internationally famous in April 1986 after a catastrophic explosion crippled the Unit 4 reactor and forced the evacuation of the nearby city of Pripyat and hundreds of other nearby villages. Fires raged for days and release massive amounts of radioactive materials into the environment and the atmosphere.  The tremendous heat generated by the melting nuclear fuel worked as a chimney to push the particles of radioactive materials high up into the atmosphere, allowing them to spread all over the world.  Before the Fukushima Daiichi nuclear disaster in 2011, Chernobyl was widely recognized as the worst nuclear disaster at a commercial power plant in history.

After the disaster the Soviet government forcibly evacuated hundreds of villages and towns around the nuclear power plant and established a military-controlled Exclusion Zone encompassing over 1,000 square miles to protect the public from the radioactive materials in the contaminated environment around the facility.  To enter the Chernobyl Exclusion Zone, visitors need official papers and documentation to pass through checkpoints into the restricted areas.  In recent years Chernobyl tourism has become popular and there are a variety of companies in Kiev whose business plan solely consists of taking tourists into the zone.  More experienced zone enthusiasts can hire a private guide to take them to specific areas within the zone, or apply for authorization papers directly with the Exclusion Zone Government.

The nuclear power plant has its own administration, separate from the Exclusion Zone Government.  The ChNPP Administration, under the leadership of General Director Gramotkin, oversee the day to day operations and decontamination and remediation activities.  There are a variety of subcontract organizations that are responsible for projects in various areas of the site like Novarka and Holtec.

Prior to entering and exiting the nuclear power plant, all employees and visitors must pass through multiple radiation portals, each more sensitive then the one before.  These units are designed to ensure that contamination is not unwittingly spread off-site.  If the detectors signal an alarm a dosimetrist will assist with determining whether the contamination can be removed or whether the object must be “altered” (cut off).  If your shoes set off the detectors and cannot be cleaned, you will need a new pair of shoes.

After the 1986 disaster, a massive steel and concrete structure called the Sarcophagus or Shelter Object “Об’єкт Укриття” was constructed to cover the crippled Unit 4 reactor building.  The Shelter Object was designed to limit the spread of radioactive contamination into the environment by covering the most dangerous and contaminated areas of the reactor building.  At the time of construction, engineers could only guarantee the structures performance for 30 years.  Over the years various projects were carried out to improve the structural stability of the sarcophagus, including the installation of a scaffolding system that transferred the weight of the roof off of the western wall of the sarcophagus.

Between September 2013 and January 2014, workers at the Chernobyl nuclear power plant dismantled the original 250-foot tall ventilation stack shared by Unit 3 and Unit 4 to prepare for the New Confinement Structure to be installed in place over the original 1986 Sarcophagus.  The original ventilation stack was constructed out of seven sections, each weighing between 25 and 60 tons each.  The total weight of the stack was 330 tons.  After the stack was removed a cap was placed over the ventilation shaft.  The stack removal operations cost $11,500,000 USD.

The crane that was used to remove the original ventilation stack had a load capacity of 1,600 tons.

A newer, smaller ventilation stack, only 165-feet tall was installed to replace the original stack. 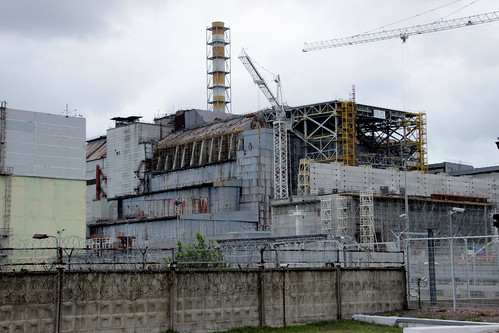 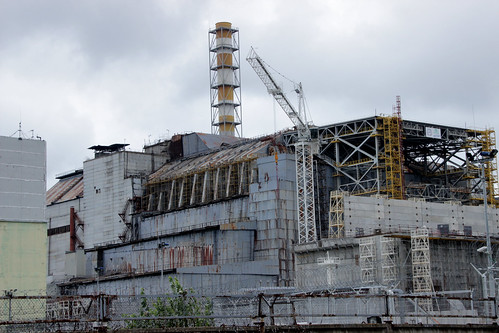 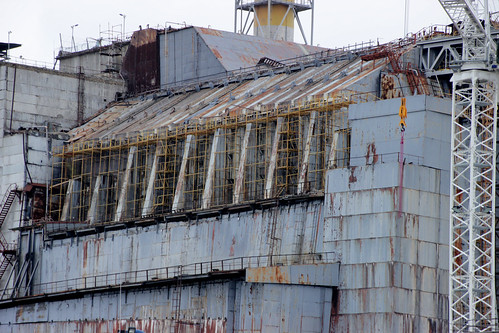 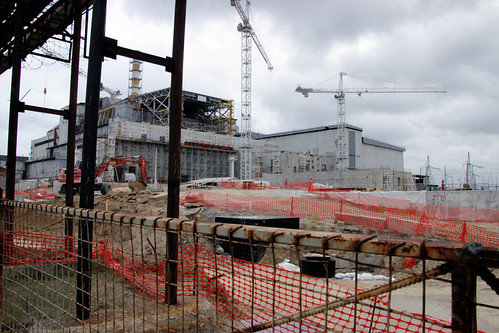 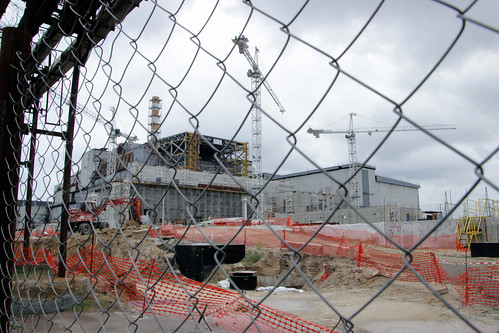 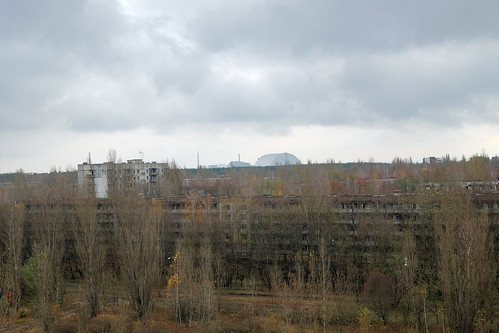 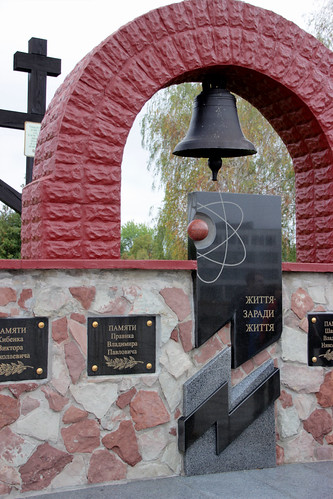 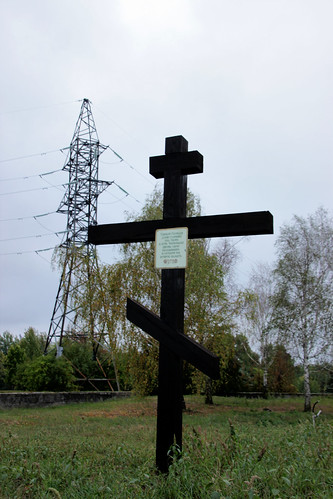 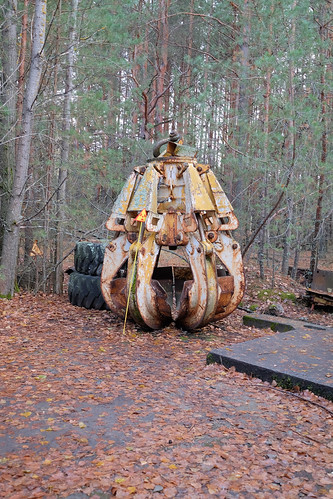 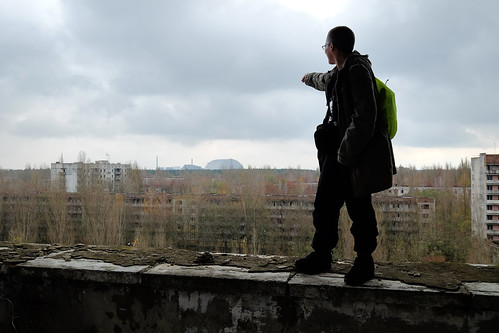 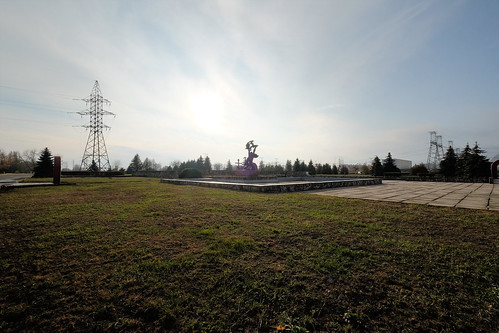 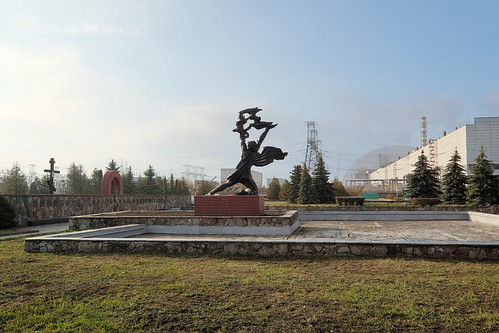 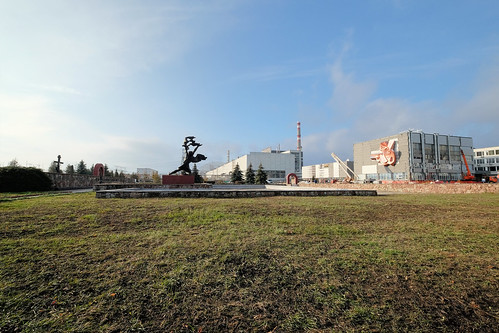 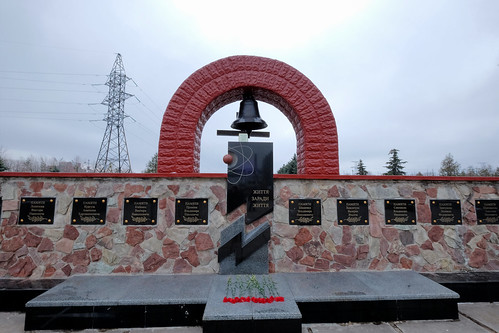 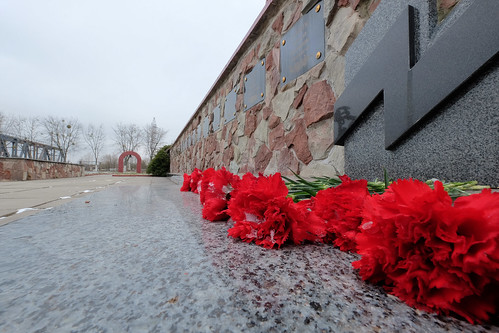 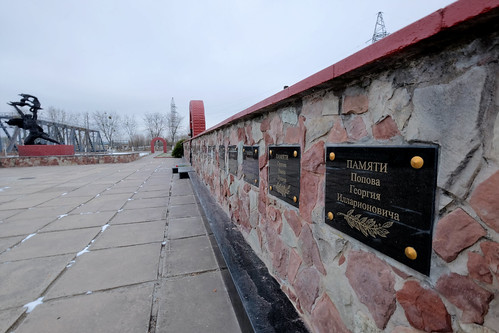 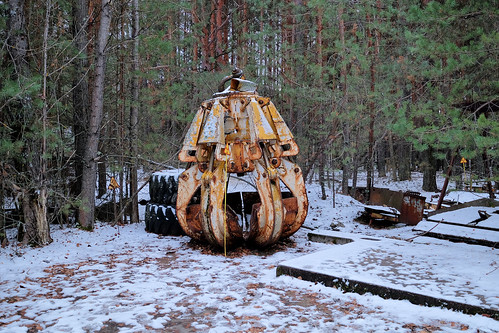 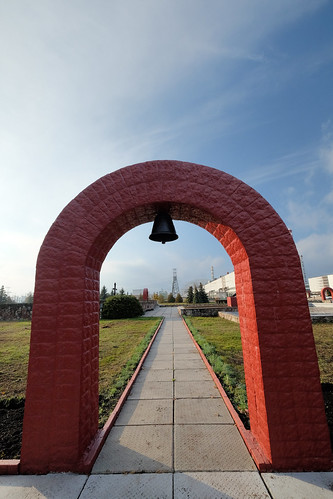 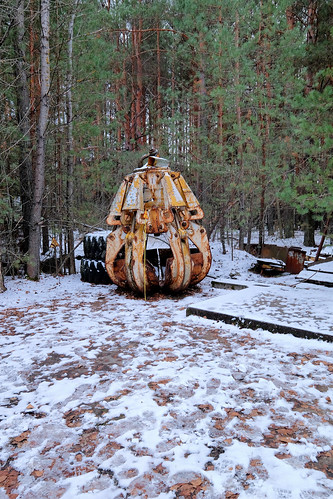