Deep in the middle of the Red Gate Woods, just south of Chicago, is an abandoned nuclear research facility that was constructed to support the United States nuclear weapons program during World War II.  The “Site A” facility was originally intended to be the site where the world’s first self-sustaining nuclear chain reaction was produced, but due to a labor strike critical facilities and buildings were not ready in time.

After scientists had completed experiments with the CP-1 reactor in Stagg Field at the University of Chicago in 1943, General Leslie Groves ordered the reactor pile be dismantled, transported and reconstructed at Site A.  The CP-2 reactor was larger and included more shielding to protect operators.

In March 1943, scientists began construction of CP-3, the world’s first water-cooled nuclear reactor at Site A.  The information and data produced by the CP-2 and CP-3 reactors was immensely valuable to the engineering, design and operation of larger plutonium-producing reactors at Oak Ridge and Hanford. 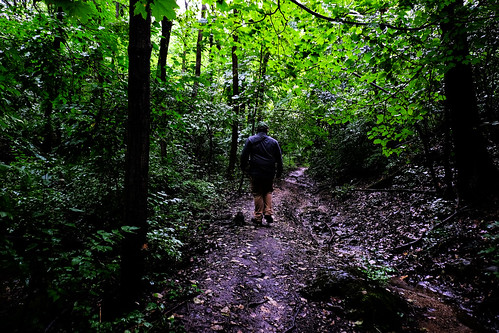 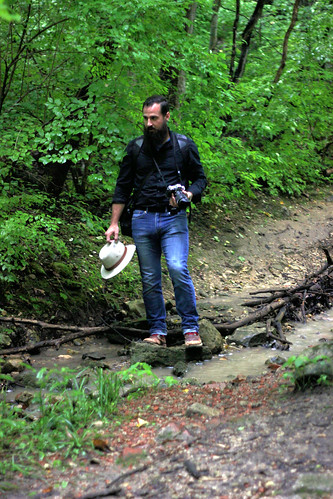 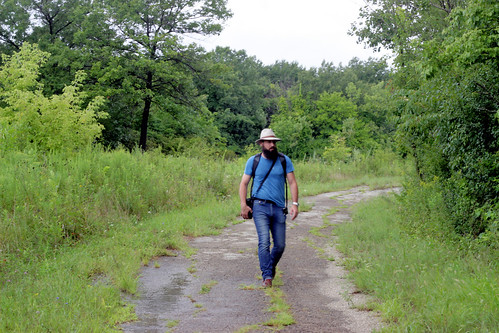 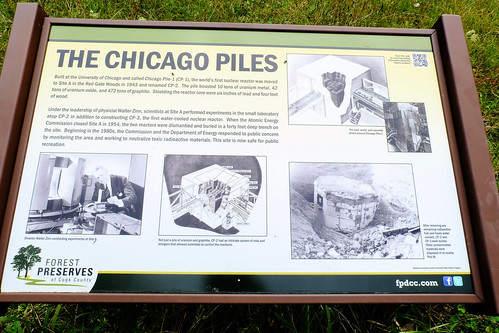 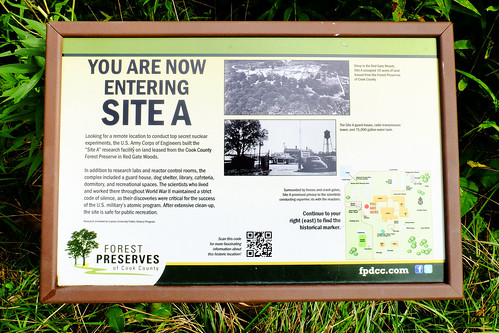 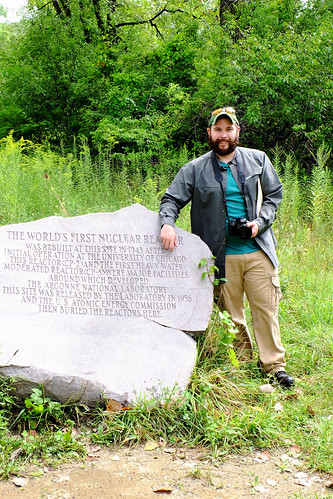 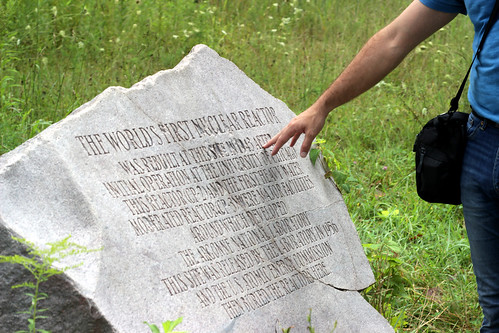 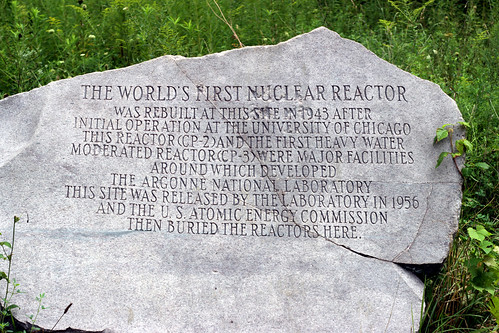 A quiet voice spoke over the phone, “You will be interested to know that the Italian navigator has just landed in the New World”.  The voice belonged to Dr. Arthur Holly Compton, the director of the Metallurgical Laboratory at the University of Chicago and the person on the other end of the line was James Conant.  “Were the natives friendly?” Conant queried.   “Everyone landed safe and happy,” said Compton.  The click of the receiver on the dial not only indicated the end of the transmission but also the birth of the atomic age.

The Italian navigator was not Christopher Columbus, it was Dr. Enrico Fermi, the experimental and theoretical physicist who had just overseen the world’s first self-sustained nuclear chain reaction.  The reactor that was constructed by the small group of physicists and engineers was really just a Lego-like pile of graphite bricks and uranium slugs.  Fermi had only received permission to construct the pile under Stagg Field after providing reassurances that the scientists would be able to control the chain reaction and that the probability of an accident was of no concern.

The purpose of the research was to determine the possibility of a self-sustaining nuclear chain reaction and if they could synthesize enough plutonium for nuclear weapons.

Dr. Fermi was primarily assisted by two groups, one headed by Dr. Walter H. Zinn and the other by Dr. Herb L. Anderson.  The group led by Dr. Anderson managed the actual construction of the CP-1 pile.  My friend Carl Willis has an original piece of the CP-1 reactor complete with uranium slugs from the widow of Dr. Herb Anderson.  The reactor pile project was top secret, no one that didn’t need to know was informed of the nature of the program.

To ensure secrecy, the University of Chicago experiment was conducted under the code name  “Metallurgical Laboratory”.

The original plan was to construct the CP-1 pile at Site A in the Red Gate Woods, but were unable to construct the adequate facilities by the time the government wanted to conduct the test.  Large plutonium-producing reactors like the X-10 Graphite Reactor at Oak Ridge in Tennessee and the B Reactor at Hanford in Washington were designed using the data collected from the CP-1 experiment as a model.

The physical construction of the pile began in November 1942.  One month later Fermi ordered George Weil to withdraw the control rods and CP-1 was brought to criticality.

Physicist Herbert Anderson recalled:  “At first you could hear the sound of the neutron counter, clickety-clack, clickety-clack. Then the clicks came more and more rapidly, and after a while they began to merge into a roar; the counter couldn’t follow anymore. That was the moment to switch to the chart recorder. But when the switch was made, everyone watched in the sudden silence the mounting deflection of the recorder’s pen. It was an awesome silence. Everyone realized the significance of that switch; we were in the high intensity regime and the counters were unable to cope with the situation anymore. Again and again, the scale of the recorder had to be changed to accommodate the neutron intensity which was increasing more and more rapidly. Suddenly Fermi raised his hand. “The pile has gone critical,” he announced. No one present had any doubt about it.”

When the experiment was complete and Fermi had the data that he was pursuing he called for the control rods to be reinserted and the reactor shut down.  Eugene Wigner had brought a bottle of Bertolli Chianti and the scientists consumed it out of paper cups before signing the label on the bottle.

The CP-1 reactor was disassembled and rebuilt at Site A in the Red Gate Woods and was renamed Chicago Pile-2 (CP-2).