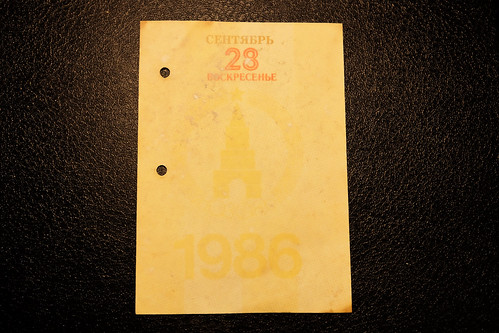 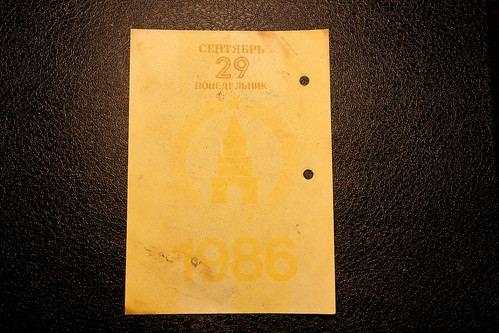 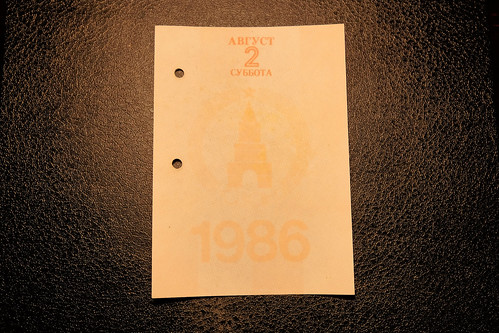 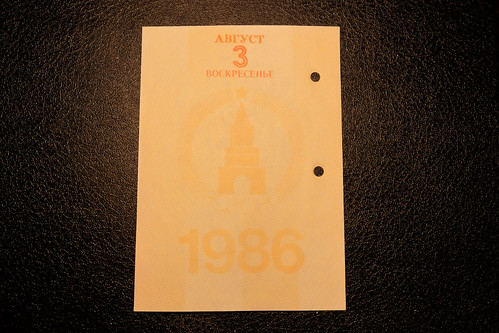 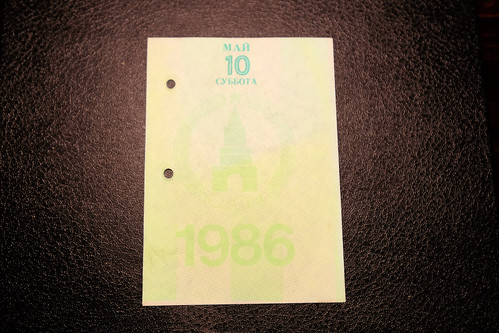 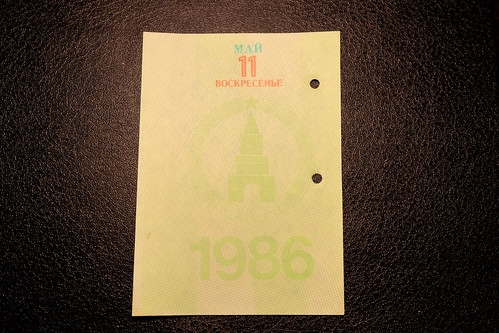 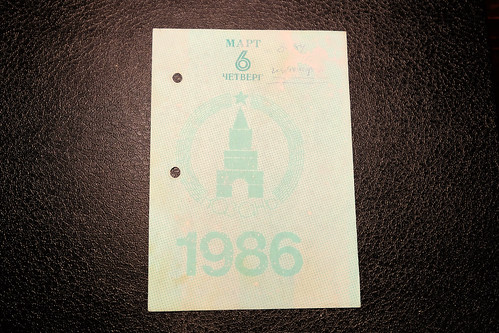 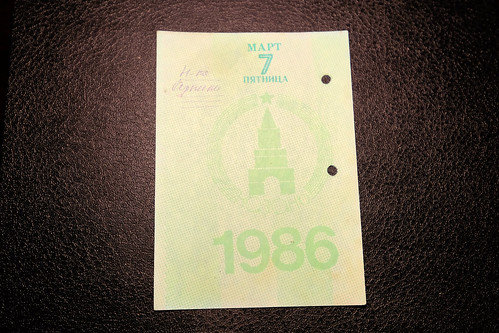 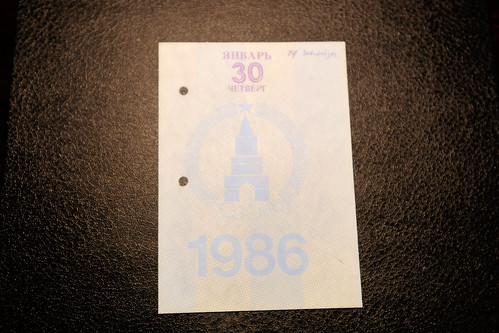 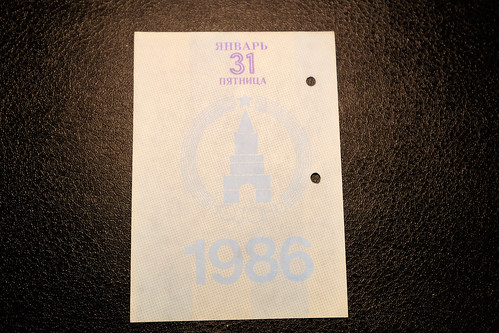 These calendar pages originate from Hospital No. 126 in Pripyat and are from the same year as the nuclear disaster at the Chernobyl nuclear power plant.

Hospital No. 126 in Pripyat on Druzhby Naradov street (Friendship of the People street) is where operators, firemen and first responders who had received fatal doses of radiation were taken before being taken to Kiev and flown to the Hospital No. 6 in Moscow.

The health officials at the hospital in Pripyat would’ve been some of the first to realize the severity of the accident after the hospital began receiving the first casualties and over-exposures from the disaster, but there is no record that they informed the city population.*

After the accident police encircled the hospital and restricted access to only ambulances.

Before the accident the hospital generally served the employees of the Chernobyl nuclear power plant and their families and could accommodate over 400 patients.  The hospital complex is made up of five 6-story buildings.

In the basement of the hospital you can still find the extremely contaminated suits and boots worn by firemen who responded to the accident after the explosion.

*Some documentaries have even interviewed former Pripyat residents who claimed that the health officers had even told some inquisitive residents that an accident hadn’t even occurred.

Add to the Discussion Cancel reply